Something Strange - I Mean Unique - About Me

I see faces in strange places. I suspect I'm not alone in this.

It started when I was maybe 4 or 5 years old. Looking into my closet, there, on the sleeves of my dresses, were faces. Fantastical, fairy like faces, creepy enough for me to keep the closet door shut. There was also a witch's face on a drawer of my bureau. Twisted and framed by frizzy hair. Eventually my sisters and I hung a towel over the drawer to hide it.

Even now, random marks and shapes take on life and meaning. Streaks on my car window seem ready to leap off the glass. A wisp of hair on the shower tile mimics a dancer's movements. The most recent experience with this was in my Pilates class. Lying on a roller, gazing up at the ceiling as I pressed down on the arm straps I found an entire scene of characters playing out some unknown story. I'm pretty sure it was a love story.

I've seen a wolf's head on a knobby branch of the tree in my backyard, and I swear the Green Man came to visit in the guise of one of my ferns.

I don't usually see such things in clouds, though, and oddly enough, I don't have good facial recognition. If I've met you once, even twice, chances are if we run into each other out of context, I won't remember who you are.

Of course this isn't something I typically bring up in conversation. That would totally blow my cover as someone who passes for normal. But that makes me wonder... how much are we "normal" people actually hiding?

Posted by Unknown at 10:53 PM No comments: Links to this post

But Where Do Books Really Come From?

Painters, sculptors, songwriters, authors, and all sorts of artists everywhere are often asked where they get their ideas, what inspires them, or what influences their work. I was recently asked to think about creating a bibliography for my most recent book, Moonlight Hunting.

But I really didn't do a whole lot of research, was my first thought. A little fact checking here and there, but nothing big. Thinking back, though, I was able to pinpoint three authors whose books have definitely shaped my fantasy writing, more than I realized at first. 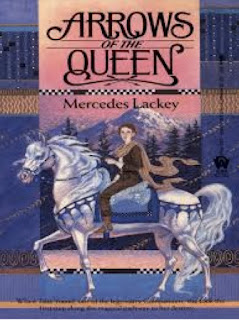 1. Mercedes Lackey's Heralds of Valdemar trilogy popped into my mind first. This series follows a young woman as she rises from being little more than an afterthought about to be married off to being chosen by a magical Companion (like a spirit guide in a horse's form) and becoming the right hand woman to the queen. I love a good underdog story, and have enjoyed this one many times over. The theme of someone reaching deep within to find their inner strength and triumph over all is one I love to play with. 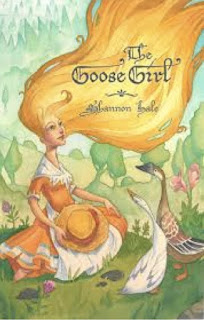 2. Shannon Hale's Books of Bayern series has been an inspiration, too.  I love the way Shannon Hale takes time with each of her characters. So much time, that practically each one gets their own book! I followed suit with Moonlight Hunting, picking up where The Dream Traveler ended, but giving different characters a chance to shine. 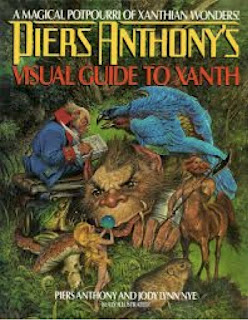 3. Finally, there's Piers Anthony's Xanth series. These books were my favorite Christmas gift for several years, which made things easy on Mom and Dad. At first I thought it was mainly Piers Anthony's creation of Xanth that influenced me. He, among many authors, modeled the process of building your own magical world. It seems the only rule is to be consistent. Other than that, let imagination take the lead. What surprised me (other than the revelation of how sexist these books actually are - I was a very naive adolescent) was being reminded that in Xanth, all citizens have a unique magical gift. Huh. Just like in Cardonia.


So there you have it. A literary version of Moonlight Hunting's mix tape.
Posted by Unknown at 4:21 PM No comments: Links to this post

First, I was appalled to see that it's been nearly two years since my last post! Shame on me (The trouble with having a blog is not knowing what to write in it. So to anyone reading, I'm open to ideas). But I was also surprised to see that clicks to my blog are approaching 1,000. That's probably the biggest number I've reached in any of my social media author endeavors!

I'm writing today because of my latest endeavor, which is to complete Writing Career Coach Teresa LeYung Ryan's Build Your Writer's Platform & Fanbase in 22 Days. Today is Day 4. My task was to declare some writer's resolutions and post them in Coach Teresa's blog, as well as my own. Here they are...

Personal resolutions are so much more fun in the company of others' resolutions. Feel free to post some resolutions of your own and I resolve to be your personal cheerleader. Go team! Go you!

Posted by Unknown at 7:44 PM No comments: Links to this post